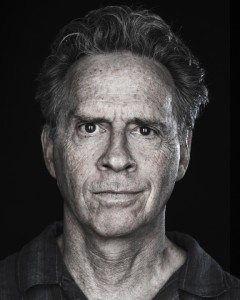 John Malpede directs, performs and engineers multi-event arts projects that have theatrical, installation, public art and education components.  In 1985 Malpede founded and continues to direct the Los Angeles Poverty Department (LAPD), the first performance group in the nation comprised primarily of homeless and formerly homeless people. LAPD creates performances that connect lived experience to the social  forces that shape the lives and communities of people living in poverty. Malpede has produced projects working with communities throughout the US and in the UK, France, The Netherlands, Belgium and Bolivia.

Malpede has taught at UCLA, NYU’s Tisch School Of The Arts, and The Amsterdam School for Advanced Research in Theater and Dance. He is a 2013 recipient of the Doris Duke Performing Artist Fellowship. Currently, he is curating the Skid Row History Museum and Archive, an exhibition / performance space exploring gentrification issues, opening April 2015. In 2014, earlier iterations of the Museum were installed as part of the Queens Museum’s retrospective on LAPD and at the Mike Kelley Mobile Homestead at the Museum of Contemporary Art in Los Angeles.

In 2004 Malpede’s project RFK in EKY , was produced by Appalshop, and developed with a host of community partners. This monumental, real-time documentary-style performance by a large community cast, sought to put an historical mirror up to present moment life in eastern Kentucky.  RFK in EKY recreated Kennedy’s original “war on poverty” tour in the course of a four-day, 200 mile series of events that included, performance, installations, and in-depth discussion of historic and current events and social policy.  He involved a number of his closest artist / collaborators in elements of this project including, Henriëtte Brouwers, David Michalek, Harrell Fletcher and Sjoerd Wagenaar.

Malpede was fellow at MIT’s Center for Advanced Visual Studies during the early months of the economic crisis where, at MIT’s business school, he found divergent points of view on causes, extent and remedies for the economic crisis.  Malpede’s Bright Futures was extrapolated from these contradictory responses that included a business school pep-talk for anxious future quants (financial engineers) and MIT economist Simon Johnson’s condemnation of the financial “oligarchy”. Bright Futures was realized as a performance, but also as a video installation on the MIT campus. The performance was shown at MIT, in NYC’s Performa 2009 Festvial and in 2010 at Ohio University. 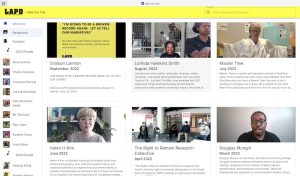