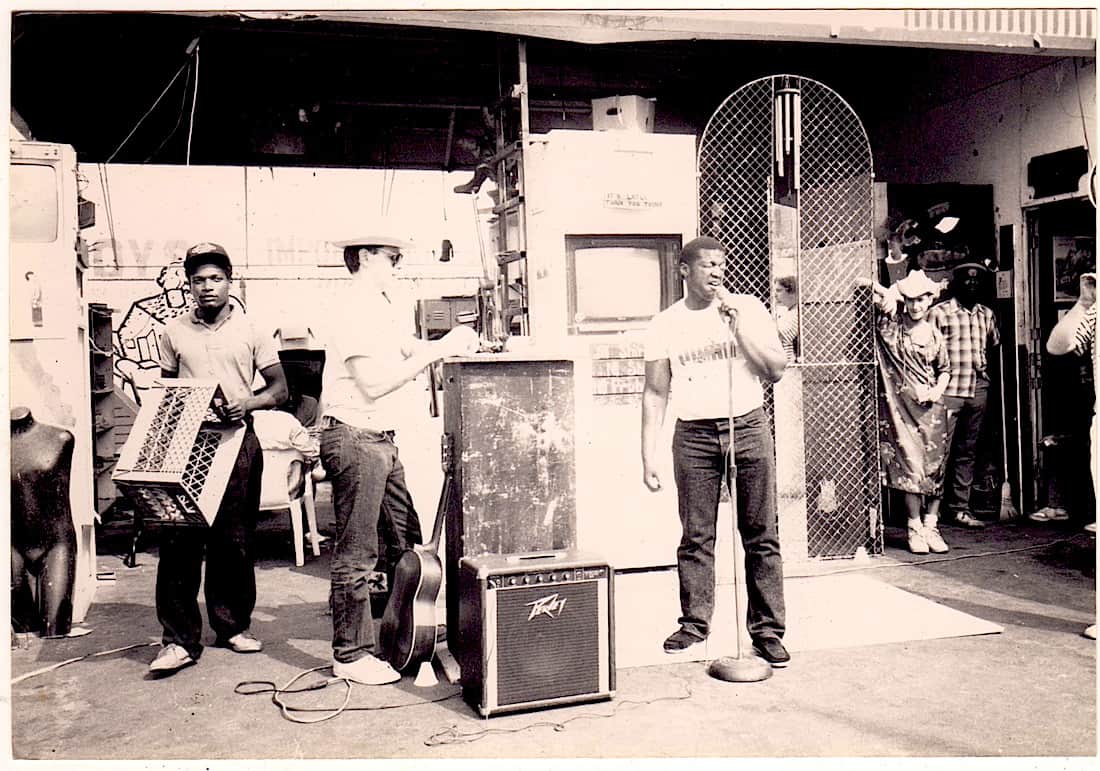 The Avanguardian: Life on Another Planet – Free Movie Nights at the Museum

About “The Avanguardian : Life on Another Planet”
Directed by Austin Hines | Running time: approx. 45min 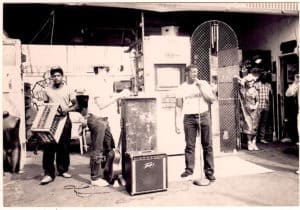 Directed by LAPDer Austin Hines, the film tells the story of the man behind one of Skid Row’s most ambitious self-run projects through rare interview and archival footage.
In 1988, after four years of sleeping on the floor of an avant-garde theater in Los Angeles’ Skid Row, New Orleans based street performer, Clyde Casey, transforms an abandoned gas station into a 24-hour eclectic art and communication center for the homeless, while simultaneously struggling to maintain balance in his chaotic life.

Since the film is still in the works, the filmmaker is inviting the community for feedback: anyone with tales about “Another Planet” is welcome to come to the event and tell their story.

About Free Movie Nights at the Museum
Free movie screenings, free popcorn, free coffee & free conversations. Every 2nd and 4th Friday of the month, we screen movies about issues that are important to our Skid Row and downtown community at the #skidrowmuseum.

About Los Angeles Poverty Department
Currently celebrating its 31st year, Los Angeles Poverty Department was the first ongoing arts initiative on Skid Row. LAPD creates performances and multidisciplinary artworks that connect the experience of people living in poverty to the social forces that shape their lives and communities. LAPD’s works express the realities, hopes, dreams, and rights of people who live and work in L.A.’s Skid Row. LAPD has created projects with communities throughout the US and in The Netherlands, France, Belgium, and Bolivia. LAPD’s Skid Row History Museum and Archive project is supported with funding from the Surdna Foundation.

About Skid Row History Museum and Archive
The Skid Row History Museum & Archive is an exhibition/performing arts space curated by LAPD. It foregrounds the distinctive artistic and historical consciousness of Skid Row, a 40-year-old social experiment. The Skid Row History Museum & Archive functions as a means for exploring the mechanics of displacement in an age of immense income inequality, by mining a neighborhood’s activist history and amplifying effective community strategies. The space operates as an archive, exhibition, performance and meeting space. Exhibitions will focus on grassroots strategies that have preserved the neighborhood from successive threats of gentrification and displacement, to be studied for current adaptation and use. The space is activated by performances, community meetings and films addressing gentrification and displacement locally, nationally, and globally.