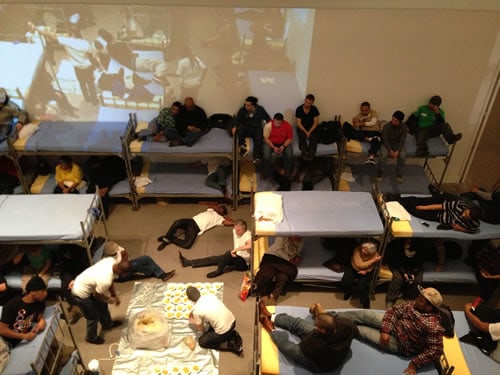 Using Ramen noodles as the base ingredient, the cooking is done by putting noodles, hot water and everything else in a large clear trash bag and kneading it for 20 minutes until done.

“I was thrown into the county jail for six months for not completing my year-long domestic violence classes. I was transferred to Wayside County jail to do my time. My money hadn’t caught up with me yet. But the guys I was hanging out with invited me to the spread. It made me feel like a part of a family. It took about a month before I get any money but I was invited to the spread every time they had one, which was about four times a week. The feeling of being accepted was overwhelming.” 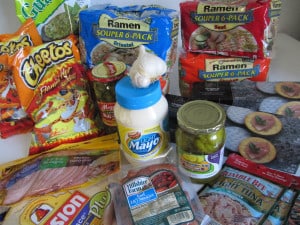 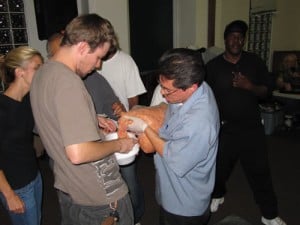