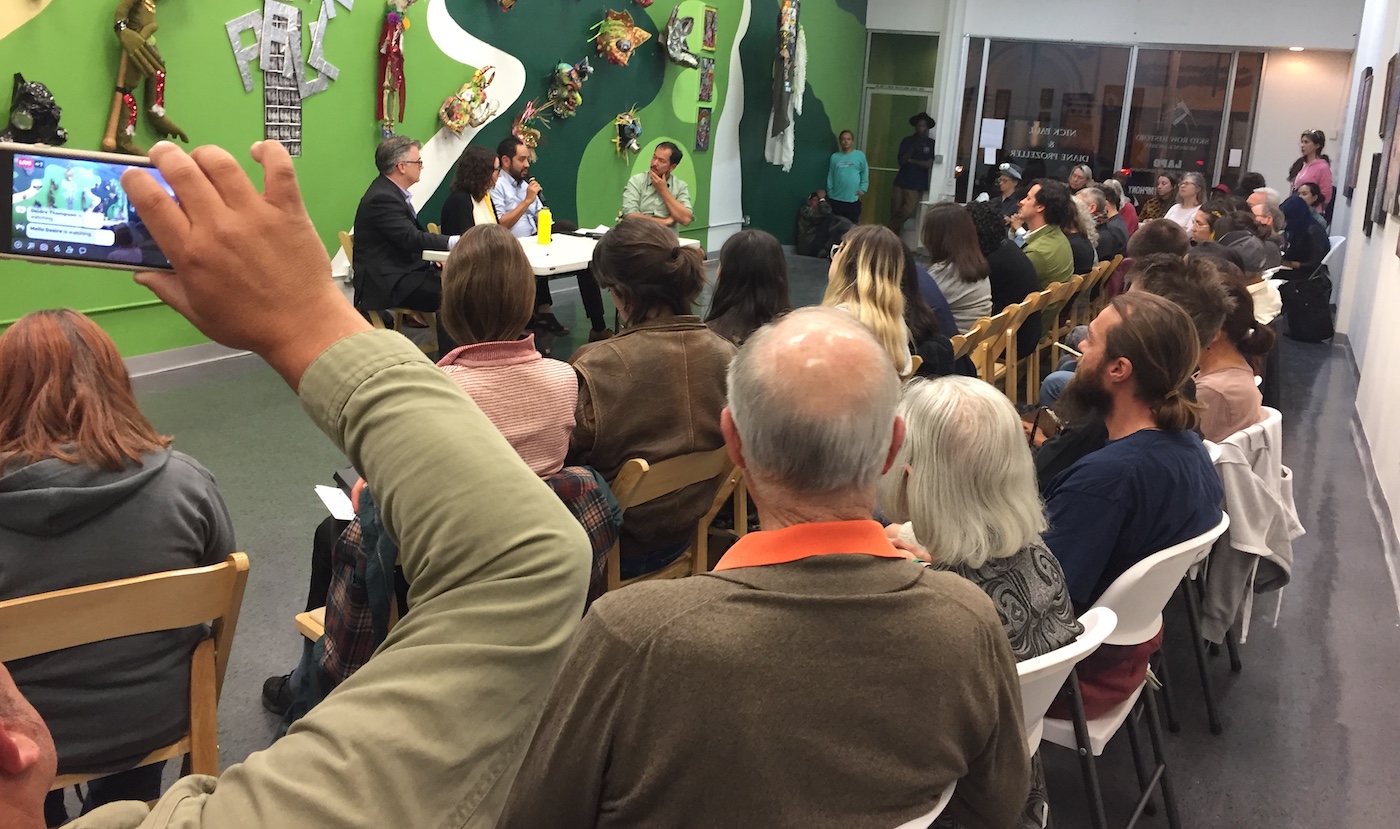 For years L.A.’s, Department of City Planning has been producing a vision for downtown LA that completely overhaul’s the land-use framework of the city, imagines nearly 200,000 new residents, and nearly 60 billion dollars of land value by 2040. The first complete draft of that plan is set to be formally released this year.

This event also serves as the formal launch of the Central City United People’s Plan, a resident-led vision developed by LACAN, LTSC, SEACA, and Public Counsel.  It’s time to get educated and get involved, the stakes couldn’t be higher.

The Skid Row History Museum and Archive is pleased to host this conversation as an informative prelude to our next exhibition: How to house 7,000 people in Skid Row?  We’re talking about housing everyone now living on the streets of Skid Row –and more– With No Displacement.  The exhibition is produced by Los Angeles Poverty Department, and created by Rosten Woo, Anna Kobara, Henriëtte Brouwers and John Malpede, with support from A Blade of Grass.  This is the second learning in public conversation in advance of the exhibition.  Public conversations will continue throughout the run of the exhibition.