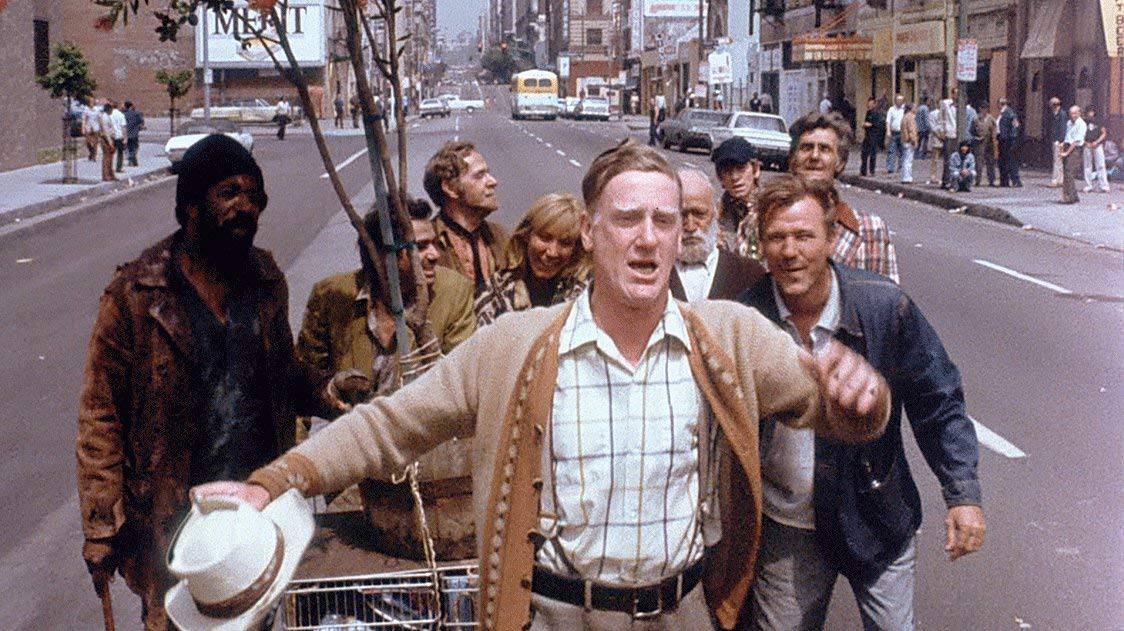 On the Nickel is a 1980 feature film written, produced by, and starring Ralph Waite.

Synopsis: The film presents the story of Sam (Donald Moffat), a recovering alcoholic who feels dissatisfied with his life of sobriety and goes back in search of the good times he enjoyed with his old friends living on Los Angeles’ skid row (Fifth Street, hence the title). Eventually finding his best friend, “C.G.” (Waite), still living on the nickel, the two men reminisce, and Sam gets a fresh look at the lifestyle he had once vigorously abandoned. The film is a multi-level odyssey through the slums of L.A., as well Sam’s personal ruminations as he re-evaluates the nostalgia he had felt for the free and bohemian lifestyle of a street person.

With its offbeat, comedic depiction of life on the streets, the film has maintained a cult following since its initial release, although it passed out of general availability for 20 years and effectively became a “lost” movie. Despite this, occasional showings on American television have kept viewer interest high and have resulted in Mr. Waite’s decision to collaborate with producer Thomas Wise, re-edit and restore the feature for DVD and internet release in late 2009. On the Nickel debuted on Blu Ray disc in 2017.

Free movie screenings, free popcorn, free coffee & free conversation. Every 1st and 3rd Friday of the month, we screen movies about issues that are important to our Skid Row and downtown community at the #skidrowmuseum.