An evening of performances and presentations by people who are making “utopian” contributions to life in downtown Los Angeles.  SURPRISE presenters were invited by LAPD members and asked to identify and invite someone “who you think is doing something that is contributing to creating the kind of neighborhood you would like to live in?”  8 inviters and 8 invitees come together to create a kaleidoscopic picture of utopian possibilities downtown.
“Come Together” is a randomizing concept for structuring events, conceived by 2006 Alpert Award winning artist Harrell Fletcher, a collaborating artist on UTOPIA / dystopia. All events are free and require no reservations. 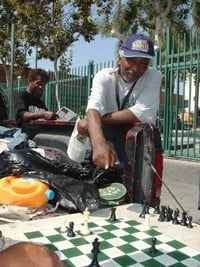 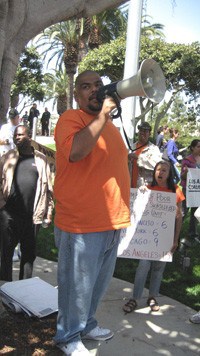 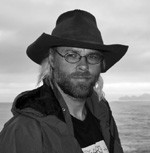 October 25 at 7:00 pm “Glimpses of Utopia: 24 – 30” at The Red Dot Gallery, located at 500 S. Spring Street.
Participants include: Fridgeir Helgason, a photographer living in a Main Street loft, who will show a short movie he made when he lived at the Midnight Mission; Gordon Turner, Deputy City Attorney for the City of Los Angeles, will speak on patient dumping on Skid Row; Steve Diaz from LA Community Action Network, who will speak on his work as a housing advocate; Dwight Lewis who will speak on his work at St. Vincent Cardinal Manning Center; Lisa Watson, executive director of the Downtown Women’s Center, who will talk about the development of a 75-unit housing project for low-income women; Deacon Alexander, a board member of the Vernon Main Neighborhood Council, will speak on his work to make sure that more community resources and access to city facilities are available to Skid Row residents.  Neighborhood resident, and professional musician Oscar Harvey will play harmonica and bass guitar.
Download Glimpses of Utopia 24-30

Thursday Sept. 20 at 7.00 pm: “Glimpses of Utopia: 16-23”, a ‘Come Together’ at the Historic Fire Station Old 23, located 225 E. 5th Street, downtown LA.
Presenters: Daniel Taylor who will talk about his plans for a community center at the Old Fire Station, CHAC;  Wendell Blassingame, Movies on the Nickel;   Mr. Lee, retired UCLA ethnomusicologist, expert on the Bamboo flute, and who, with his wife, runs the D+D deli across from the Weingart Center;  Gordon Turner, Deputy City Attorney for the City of LA who will speak on patient dumping on Skid Row;  Misako Tsuchiya, who teaches Tai Chi in the open air in Little Tokyo and Alexander Technique in an adult school on Skid Row.  She will teach a 10-minute Tai Chi class;  General Dogon, LA CAN;  Ron Chester Taylor, ragtime piano;  Trevor Duberry and Quolesha Elba from Chrysalis, social service provider of jobs and job training.
Download Glimpses 16-23 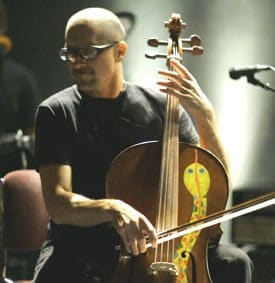 July 26, at 7:30 pm: “Glimpses of Utopia: 8 – 15” at The Red Dot Gallery, located at 500 S. Spring Street, Los Angeles, CA  90013.
Among the participants are Becky Dennison from LA Community Action Network (LA CAN); Dr. Dennis Bleakley working for JWCH at Skid Row’s clinic the Weingart Center who was featured by LA Times Steve Lopez in his series “Life on the Streets’ about Skid Row; Cellist Mystic Pete will play his music for meditation, yoga, massage, relaxation and sensual union; Rosemary Anaya, Director EconomicDevelopment and Community Outreach, in the Office of the Los Angeles City Attorney; Don Bell who sells soda’s and raises his son as a single parent on Skid Row and LAPD Detective II Eric Moore.
Download Glimpses 8-15

June 21, 7.30 p.m.; “7 Glimpses of Utopia” at The National Center for the Preservation of Democracy.
Among the participants are Adelle Yellin, who with her late husband Ira, developed downtown’s landmark Grand Central Market; activist Pete White, co-director of LA Community Action Network; and downtown fashion designer and native of Iceland, Stella Dottir; Henry Procter of The art of Cleaning; Manuel Compito (aka OG Man) a local artist in the downtown Skid Row community; Julie Rico, RedDot Gallery and musicians Hylen Burt and Tony Parker.
Download the 7 Glimpses of Utopia event program
The missing Bio in the program; Adelle Yellin’s choise:
Kathryn Welch Howe is a historic preservation specialist. Kathryn will present observations on working in historic preservation and community development in the urban environment.  She will discuss the interplay of architecture, economics, and engagement to generate broad community involvement and quality urban development.

‘220 Glimpses of Utopia and more” on Skid Row

These events are free and require no reservations.

“220 Glimpses of Utopia” 15 minutes of beautiful movement will quite surprisingly fill the air, expanding everyone’s reality, taking the edge off the city at rush hour.

In a series of workshops LAPD asked 220 people from in and outside Skid Row what utopia looks like to them.  Through guided improvisation, each group has generated a movement sequence.   The resulting creation is a line of movement on the sidewalks that extends the 10 blocks from the heart of Skid Row to City Hall.  Every person in the chain has contributed something of their own vision and movement, and because the chain of movement extends unbroken throughout the community, it makes clear that any true Utopian vision includes everyone and excludes no one.
The route: Starting at the James Wood Community Center, on the corner of 5th and San Julian Street, the chain will go along 5th Street to Main Street – to 4th Street – to Spring Street – to City Hall.

Glimpses of Utopia: 31-37 combines the insight and passion of 7 selectors and 7 presenters. Selectors are asked to identify someone whose work and vision of urban life is inspiring, presenters, are asked to do a presentation about their work and vision for the evolution of downtown and a livable Los Angeles. For tonight’s event many of the presenters are engaged in creating and preserving affordable housing in Los Angeles.

This ” Glimpses of Utopia” is our fifth such event and on November 16, we will have heard from more than 38 people.  Often people who have presented in one event end up selecting a speaker for the next event, which increases the diversity of the speakers and audience. So far we’ve heard from: LA City attorneys, street vendors, street musicians, a tai chi teacher, store and restaurant owners, artists, a police detective, developers, an historic preservationist, a doctor, a cellist and activists.

ABOUT UTOPIA/DYSTOPIA
Utopia/dystopia is a series of performance, public art and conversation events that look at the present and future of downtown Los Angeles, with the recognition that one person’s Utopia might have the unintended — or rationalized — consequence of contributing to the realization of another person’s dystopia.  A way to avoid “rationalized” ill effects, is first-hand experience.  Through the Utopia/dystopia events, we engage a diverse cross section of real people who live, breath, work and play downtown.

ABOUT LOS ANGELES POVERTY DEPARTMENT
Utopia/dystopia is a project of the Los Angeles Poverty Department, a community-based theater whose members live on Skid Row adjacent districts of downtown. The Poverty Department is committed to creating high-quality, challenging performance works that express the realities, hopes and dreams of people who live and work on Skid Row. Our mission is to create performance work that connects lived experience to the social forces that shape the lives and communities of people living in poverty. LAPD is dedicated to building community and to the artistic and personal development of its members.

When LAPD started making theater projects (in 1985) the need for art projects on Skid Row was not understood.  It was generally assumed that “need” meant beans and blankets.  But I, we, everyone needs to have a reason to get up in the morning.  And I, YOU, know that that’s what art’s about.  It’s about flexing the muscle of vision, the muscle of imagination.  In this project we invite the greater downtown community to articulate their individual dreams, and to meet and share those dreams in the public space that is our city.

The UTOPIA / dystopia Project is made possible with the support of: the City of Los Angeles Department of Cultural Affairs, The Multi-Arts Production Fund of Creative Capital with funding from the Rockefeller Foundation, the Animating Democracy Initiative of Americans for the Arts and The National Endowment for the Arts-Theater Program.